There’s no brand out there that doesn’t want its content to go viral.

You can literally be uploading dozens of videos each week yet face a hard time engaging your audience.

On the other hand, you can roll out just a single video each month and generate hundreds of leads right off the bat.

That’s the power of video marketing.

The thing is – if you are investing your top dollars in video production, make sure that you are delivering the highest-quality viral video content pieces that your audience finds too hard to resist.

And trust me, there’s no better way to discover the crucial elements of a viral video than watching the five most brilliant viral video marketing campaigns of all time.

Our Boise Redfox Visual team has hand-picked these five brilliant viral video marketing examples for you:

Let’s touch down on each of these viral video marketing examples one at a time.

Released in 2012, this video has garnered more than 27 million views on YouTube. Watch the video right here.

We understand that founders and executives are busy people.

And they should be – I don’t deny that.

You’ll always find them focusing on the important growth-related activities rather than appearing in the marketing videos.

But you’ll find the Dollar Shave Club’s founder Michael Dublin himself, appearing in this video – using his humor to charm the audience and describe more about their product and brand.

And that’s not the hard sell that made this video marketing campaign go viral.

Instead, it’s his focus on sharing the brand’s impact and mission that has helped the brand garner more than 27 million views.

Content shared by employees receives 8x more engagement. The Dollar Shave Club knew this. That’s the reason they didn’t put a random face in front of their audience.

This viral video marketing example is about to bring tears to your eyes. Rolled out in 2013, this video is incredibly emotional and is a real story of a firefighter saving a small kitten from smoke inhalation.

This footage was captured using a GoPro device – which was wore by the firefighter who was surveying a burned house.

While surveying the house, he found a little kitten suffering from smoke inhalation. And in no time, he saved the kitten’s life using oxygenated water.

The video begins with a heartbreaking start and ends with a sweet ending.

It’s one of the sweetest videos on the internet, which is what made this campaign a brilliant success.

Launched in 2016, the “Coca-Cola: The Last Customer” video has garnered over 3 million views. It’s not just another one of those ads that you’ll come across in the midst of your favorite TV shows.

This ad is packed with meaning, value, and depth. We think of the holiday season as the best time of the year. But often, we fail to appreciate how hard workers like grocery baggers, gift wrappers, waiters work during this time. Their routine is just intense. In fact, it’s the busiest time of the year for them.

While most of us spend this time with our close ones, these people work extremely hard.

And this viral video marketing campaign example is a token of appreciation for such people. By the end of this 4+ minutes video, you’ll see the Coca-Cola team surprising these workers with gifts – as their way of saying “Thank You” for their efforts.

The reason why it works is that Coca-Cola isn’t just blindly promoting its drink. Instead, the company is trying to trigger people’s emotions and creating a positive impression.

This video is simple yet manages to attract people’s attention. Here, you’ll see Zola (a fancy-free and footloose gorilla) dancing and splashing around in a kiddie pool. This video was captured by Dallas Zoo’s Primate Supervisor “Ashley Orr.”

While it was fun enough already, Bob Hagh (Star-Telegram Video Producer) thought that the gorilla’s choreography was similar to a routine from the movie Flashdance. This routine was performed to the song ‘Maniac.’

So, Hagh added the same track to the dancing gorilla video, and within less than a week, it was picked up by ABC, Maxim, and CNN.

A dancing gorilla is a silly idea. And not much time has been spent producing and editing this video. But the reason why it works is that this video is cute. And this factor of cuteness was taken to the next level when Bob Hagh added the popular track to it.

People love animals. That’s because they are cute. And capturing this gorilla’s happy moments is the reason what makes this a motivating and one of the most inspiring viral video marketing examples.

Budweiser: Someone Waits for You at Home

With over 1.9 million views, this viral video marketing example will also bring tears to your eyes. This video stars a man leaving home with some of his friends taking a pack of beers with him. While leaving home, he tells his dog that he will be back in some time.

And then we see the dog waiting for his owner to get back for too long, making everyone wonder what could have happened.

The owner returns the next day and explains to his dog that he slept over at his friends’ because he decided not to drive after drinking.

The video shares a sweet and simple message – never drink and drive. It touches down on the fact that our loved ones are at our home waiting for us and wondering why we are late. A wrong decision like drinking and driving can shatter everyone’s world. And that’s why it works.

There’s one thing common in every single one of these videos.

Not even one of them was heavily focused on promoting the brand’s products or services.

The Dollar Shave Club put the founder’s face in front of the audience. And the founder at no point blindly promoted the brand’s product. Instead, he used the factor of humor and mixed it with conveying the brand’s message and impact.

Whereas the other viral video marketing examples I’ve mentioned trigger people’s emotions in the right manner.

And that’s why every single one of these five videos worked.

You don’t need to spend thousands of dollars to make a video go viral. Even a simple video like Breakdancing Gorilla can work extremely well.

At Redfox Visual, we don’t just produce videos just for the sake of promoting products or services. Instead, we believe in catching people’s attention – and that’s what we’d like to help you with.

Feel free to check out our work right here.

If you think we are a perfect fit for you, reach out to our brilliant Boise video marketing team today.

And if you’re still wondering why you should set your eyes on video marketing in 2021, don’t forget to read our blog post “5 Reasons You Should Tap into the Power of Video Marketing in 2021.” 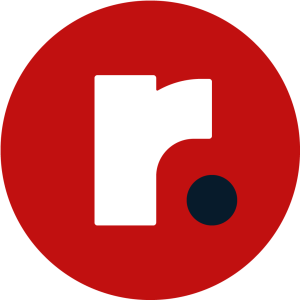